Can you imagine attending the hottest club or party in town without hearing a smashing dubstep number? No rave or music festival is complete without psychedelic lights and lasers moving to the beat of a dubstep track. Dubstep is a branch of EDM that is popular among millennials for its upbeat, sometimes aggressive rhythms, skittering beats, and heavy bass.

The reverb-drenched sound resulting from dubstep is a staple for club music and dance parties across many countries, especially the UK, where it first originated. The dubstep music scene has given us many glorious DJs and music producers, but female dubstep artists are still very much in the shadows. Since the start of EDM, dance music and DJing has been more of a boys’ club, but that’s changing now.

Many talented female artists are doing their best to break through the glass ceiling in the industry and are mastering the genre like never before. Take a look at the following talented dubstep female artists and music producers and give your dubstep playlist a touch of mind-blowing beats.

A gem with prominent dominance over the EDM scene is Alison Wonderland, who debuted back in 2005 and is now well on her way to cementing her place amongst legends like Skrillex. An Australian native, Alison’s real name is Alexandra Sholler.

Her sophomore album, Awake, was #1 on Billboard’s Top Dance/Electronic Albums, and she is the highest-billed female DJ in Coachella history, making her an undeniable force in the dubstep scene. Alison features her own vocal performances and lyrics in her original productions, covering themes like abusive relationships, heartbreak, and depression. Interested? Listen to ‘Run’ and ‘I Want U.’

Born as Isabelle Rezzazadeh, Rezz is amongst the female producers changing the face of dubstep and EDM. Rezz started DJing at the tender age of 16, and her talent immediately charmed the king of dubstep, Skrillex.

She later went on to produce her own music in 2015, and in the same year, her track Serenity was featured in the compilation album, We Are Friends, Vol. 4. In 2016, she went on to release her first ep called The Silence is Deafening.

It is popular opinion that it is hard to place Rezz’s music in a single category. Her dark techno, dubstep, glitch hop, and space bass are all uniquely made, leaving people wanting more. Her second ep Something Wrong Here, peaked at #19 on the Billboard Dance Charts in 2016.

DJ Empress’s raw talent has been putting people into a trance in the bleak haze of mediocrity for many years. She is a global sensation and a strong female presence in the EDM genre who has performed across different continents. Empress has made a name for herself not just as an established DJ but also as a vocalist and a music producer with her own label. One can even say that she is the pioneer of the female DJing and dubstep scene.

When the EDM world was under patriarchal rule, Empress became the first American to play at V Recording’s Movement, a prestigious party held in 1999. Empress became unstoppable, and she even played in some of the most influential DnB parties like Ignite in NYC that featured giants like Bad Company, John Selway, and Jumpin Jack Forest. Thus, it is safe to say that DJ Empress is one of the most sought-after dubstep female artists to this day.

To say that Kozee is one of the best-known female dubstep artists today would perfectly sum up her journey through the American electronic dance music scene. She has not only proven her talent for dubstep, but her music has now evolved to include garage, house, and future bass subgenres as well. Kozee started out by making a series of mixtapes and learning about the rugged sound of the UK’s dubstep scene.

She later developed a keen interest in deadly and deep sound after ditching her jungle vinyl dubplates. Kozee evolved with the bass music scene, which led her to be named as Dimension Festival’s first female DJ of the US in 2012. She was quickly inspired by the Grime scene in the US and compiled her first Dubstep mix in June, and then toured Sweden and UK in 2008. Thanks to her multi-genre bass music, Kozee is a force to be reckoned with in the EDM scene.

Born as Emily Rose, Lucci entered the bass community through the Orlando music scene and quickly discovered music as her language. Just when you think that there is nothing that can surprise you when it comes to EDM or dubstep, you hear Lucci. When she takes the stage, she takes her crowd through a ride of a lifetime, making you feel like you are in a space bubble.

Her incredibly mindboggling and bewitching wubs take you into another dimension where her music is the only thing tethering you to reality. She smashed into the dubstep scene by becoming the first female artist to release through Wakaan, Liquid Stranger’s extraterrestrial label.

Her intergalactic productions, space tunes, and ethereal vocals are indeed something to witness in a world of mainstream performances. Lucci’s single, Neptune raked in a whopping 125,000 plays in just two months, making her one of the most anticipated female artists in the electronic music scene.

Whether it’s bass music, dubstep, or electro, female artists are smashing the EDM scene with their out-of-this-world tunes, captivating vocals and powerhouse performances. We are seeing more and more talented musicians like Alison, Jessica Audiffred, Dazee, JVNA, Whipped Cream, and more offering deep, bass-centric, and alienist beats for us to dance the night away.

It is still concerning that fewer women are included in the top EDM and dubstep artists list. However, artists like those on our list are breaking down all walls of conventionality with their catchy tunes to rock fans worldwide. The best way you can support this movement is by giving these gems a chance, so give your playlist a much-needed facelift!

A Guide to Cleaning your House After Hosting a Party

Got My New Kicks! Your Guide on Starting a Sneaker Collection

How to Create Homemade Scented Candles 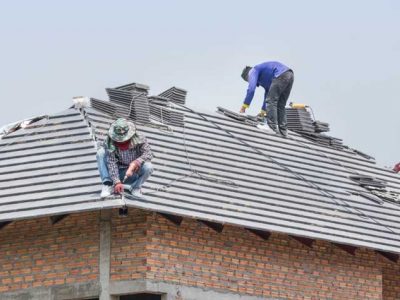 3 Sure Signs Your Home Needs a New Roof 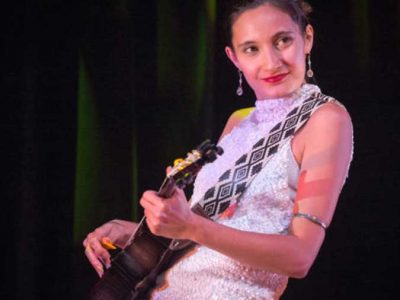