Dollface is a new American comedy Tv series that airs on Hulu. This series’ creator and producer is Jordan Weiss and premiered on 15th November 2019. The first season of Dollface had ten episodes. Even though it is a new comical series, many fans have fallen in love with the Tv show.

The only question many fans are asking themselves at the moment is the second season coming anytime soon? Are you looking for the answer to this and much more details about Dollface? Then be sure to read this article to the end.

The Release Date of Dollface Season 2

After the release of the first season, fans began asking themselves if season two will premiere. That was made possible by many positive remarks from viewers prompting Hulu’s renewal for a second season. Yes, Hulu, in January 2020, stated that the second season of Dollface would be airing.

However, we don’t know the official release date. This is because there is no production taking place since the Covid-19 pandemic struck the globe. According to Pioneers Scoop, the production of this comedy series will begin in 2021.

If that is the case, then expect the Tv series to premiere in the last quarter of 2021.

This comedy Tv series is about a young lady known as Jules who, without notice, parts way with her boyfriend, Jeremy. At this moment, she becomes confused and understands the need to have female friends. Jules contacts Madison and tries to get in touch, something that Madison feels weird. When Jules was in her relationship, she never communicated with her or other female friends.

Luckily Jules persuades Madison and Stella for a night out party organized by Woom (Jules works as a web designer). They have fun, but an incident infuriated Jules. This is after Madison follows her to the washroom. Madison informs Jules that ladies follow each other to the bathroom.

During that occasion, Stella disappears after she got into a stranger’s car. As they were deciding on where to find Stella, Jules runs into her former boyfriend, Jeremy. They begin communicating, which prompts Madison to think that they were resolving their past issues.

However, this doesn’t turn to be the truth, but Jules follows Madison to search for Stella, whom they ultimately find in a café with Dave Coulier.

What Happened on Season One Episode 10?

To understand what will occur in season two, you need to have watched the last episode of season one of Dollface.

During this episode, Jules went to Mexico to attend her cousin’s (Ramona) wedding ceremony. This is after Stella and Izzy talked to Madison to become friends with Jules. But after Madison discovers that Jules deceived them about being present at Ramona’s wedding, she feels terrible.

They went to Jules’s hotel room, where she unforgivingly talked at her friends in a nasty tone, making them leave. As Madison, Stella, and Izzy were heading back, Stella meets her old buddy “Bronwyn.” She had to stop the car to have a chat, which made Stella open up about her being accepted to a business school and planning to relocate to Philadelphia.

This episode ends where Jules and Madison reconcile, and Jules took the microphone to expose Colin as a cheater. Later they take Ramona’s wedding without authority and drive to LA.

The Plot of Season 2

So, what do you viewers expect in season two? I don’t think that much will change, but the storyline will continue from where it left in season one. That’s my prediction. Let’s wait and see how it will be.

The Cast in Season 2?

Though it was renewed, it is unknown if all the season one cast will be present in Dollface’s second season. However, expect a high number of actors from the first season. The notable characters that will be appearing include;

Is there a Season 2’s Trailer?

No, the trailer hasn’t been officially released by Hulu due to unfinished film production. The trailer will either drop in the first quarter of 2021.

Therefore, be visiting our site as we will update you when Hulu released the trailer.

What was the reception of the first season of Dollface? This comedy Tv series has an approval rating of 52% from twenty-one reviews as per Rotten Tomatoes. This gives it a rating of 5.77 out of 10. Things are more similar on Metacritic as it has a 54% rating from twelve critics.

The best thing is that Hulu hasn’t canceled this comical Tv series. It will be returning to your screens soon. If there will be any updates about Dollface, be sure you will get them on time.

Santa Clarita Diet Season 4: Everything you need to know 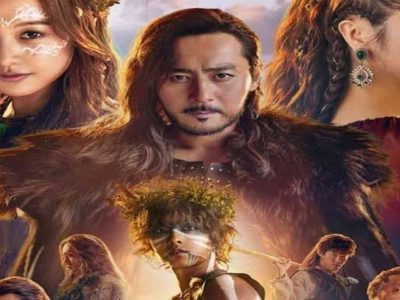 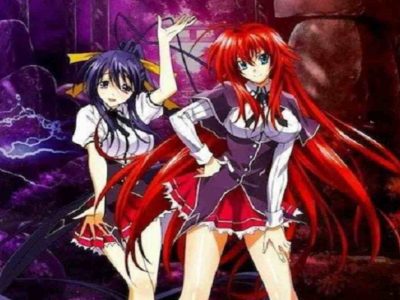